A few months ago, my team came upon an agreement that when leaving a TODO anywhere in our code, we need to always provide several things:

But memories fade and sometimes people forget. So I made a live template to make it easier for everyone to adhere to the rule. A simple ALT+ENTER and tada, there’s the TODO template for you to fill in:

If you’re curious to know more about how this was done, I wrote about implementing a live template here.

Everything seemed fine and dandy, but after a few months I noticed that even though we have the template, people occasionally

to fill it in.

We can keep on reminding people to use the template, but I don’t want to be that annoying person saying things over and over. Wouldn’t it be better if we incorporate this team rule into the developer workflow? So it got me thinking, why not write a custom Lint rule to remove the human intervention and let the tool do its job?

Lint is a static analyser and the built-in rules are great! They help identify common problems (forgetting to call super()), possible bugs (forgetting to constrain a view), or potential optimisations (detecting overdraw) in our code and gives us the chance to correct them immediately.

These rules are flexible. We can pick and choose which ones we want to exclude from running, we can choose to fail the build if something goes wrong, we can even identify a specific issue to be ignored.

There are a lot of great talks out there that give an overview of Lint’s history, philosophy, and features especially this one by Tor Norbye from KotlinConf 2017.

They make it look easy enough. Surely I can do this.

Turns out that it is easy enough… if you know what you’re doing. And ooooh mama I DO NOT know what I was doing.

. The sample rules are a bit basic but aside from helping me figure out how to set things up, it doesn’t really tell me anything.

But Zarah, you say, why not just copy off of the ones in the platform? I did, and there are HUNDREDS of them. It is overwhelming to figure out which one to look at first.

I guarantee you that if someone asks me to do this again in about three months, I would have totally forgotten what I did or how I made it work (to be honest I still do not understand how it actually works

). Fair warning: I will constantly be calling out things that I do not understand or was just guessing at.

Getting cosy with it

There are some key concepts we need to understand before diving into the code. Lint is fueled by issues and detectors.

Issues identify implementations that we want to highlight as incorrect or potential sources of bugs. Take this excerpt from a report and let us look at the anatomy of an issue from this perspective:

Detectors do the heavy lifting and figure out where the issues are. They can look in virtually any sort of file – Manifest?

A single detector can identify any number of related issues, and can report each of those issues individually.

Note that Lint calls all existing detectors in a pre-defined order. This means that if a Lint rule needs to check something in both Kotlin and XML files (like resource usages, for example) the order in which checks are executed matters.

Our custom rules need a home; and their home is a new module. Right click on your project and select New > Module then choose Java or Kotlin Library 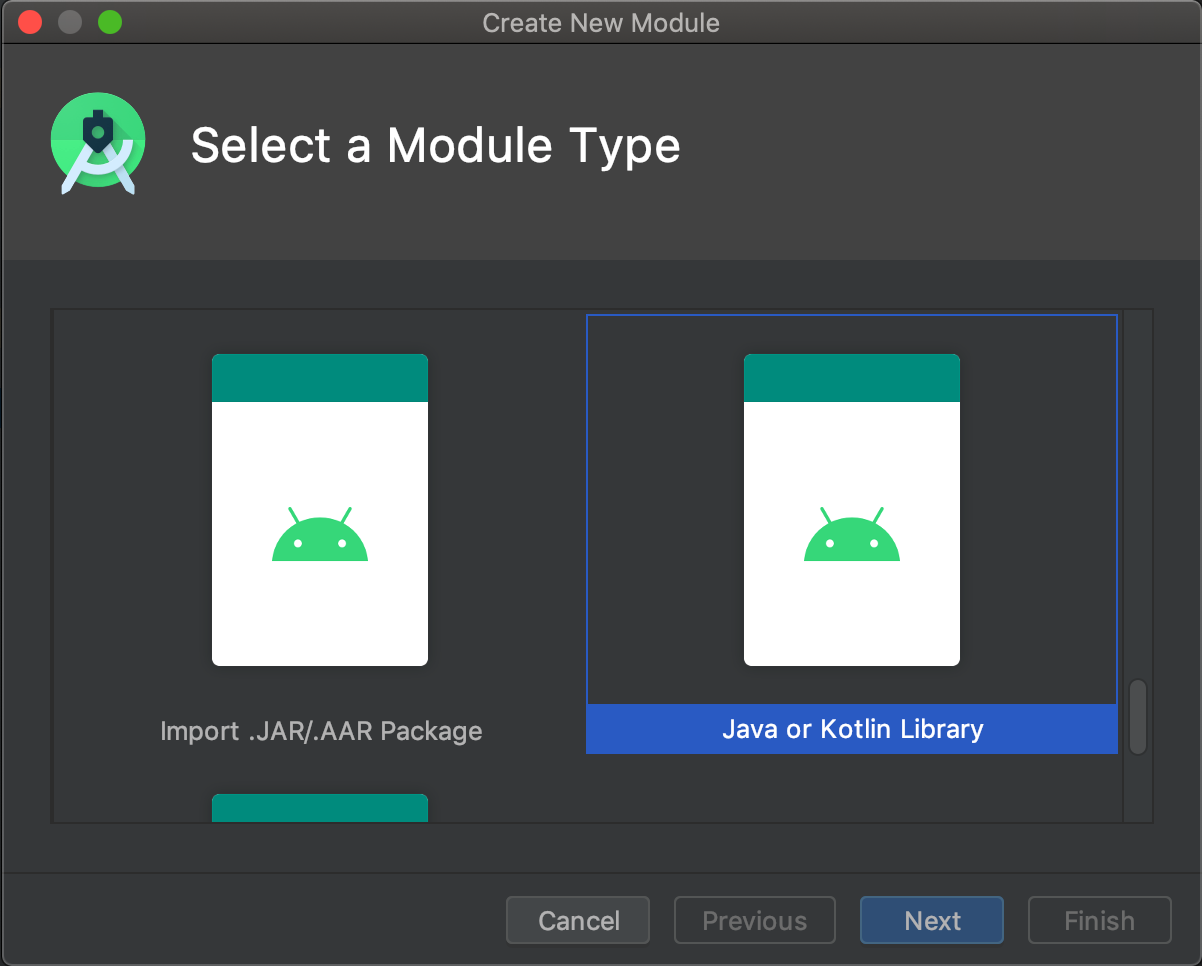 In the freshly-created build.gradle file, add the dependencies for Lint. (Note: I use the Kotlin DSL)

The next part of our Lint journey is going to be long and treacherous. So let’s take a quick break here, make sure to watch the talks linked above and

stay tuned for the next post in this series where we finally get to write our very own detector!